Thanks for your interest in our app. If you have any questions or need anything beyond what we’ve listed here for you, please contact press@muscleshocker.com.
overview
origin story
direction
App Features
Fact Sheet
Quote us
FAQS
creators / team
Useful links
questions?
Logos & branding
App in-use images
screenshots
videos
Download All GFX ZIP
Download Text PDF

Muscle ‘plateaus’ are reached for most bodybuilders and shocking the muscle with new training methods is one of the key factors to break thru these barriers. With ease-of-use, clean design, and advanced workout science built in, Muscle Shocker has entered both app markets to fill the void.

In the realm of bodybuilding there are three primary, well-known body types; ectomorph, mesomorph & endomorph. The ‘idea guy’ behind Muscle Shocker, Clayton Mayo is an ectomorph who always struggled to put on mass as is common with this body type. After trying almost all the apps out, he simply wasn’t happy with the available options as none offered a primary function he was looking for.

Common knowledge among the seasoned bodybuilding minds is the importance of shocking the muscles when growth becomes harder to achieve. This entails performing different exercises or using new and more challenging set/rep ranges in order to stimulate new growth.

Although there are hundreds of apps made for bodybuilders, until now there were none that focused directly on this key principal for their workouts; shocking the muscle.

In early 2018 Clayton pitched the idea of developing a bodybuilding app to fill this void in the market to long-time friend and trusted colleague Joe Pollard. After some due diligence, Joe came on as partner and development began. Nearly two years later, Muscle Shocker went live on both platforms in November of 2019. 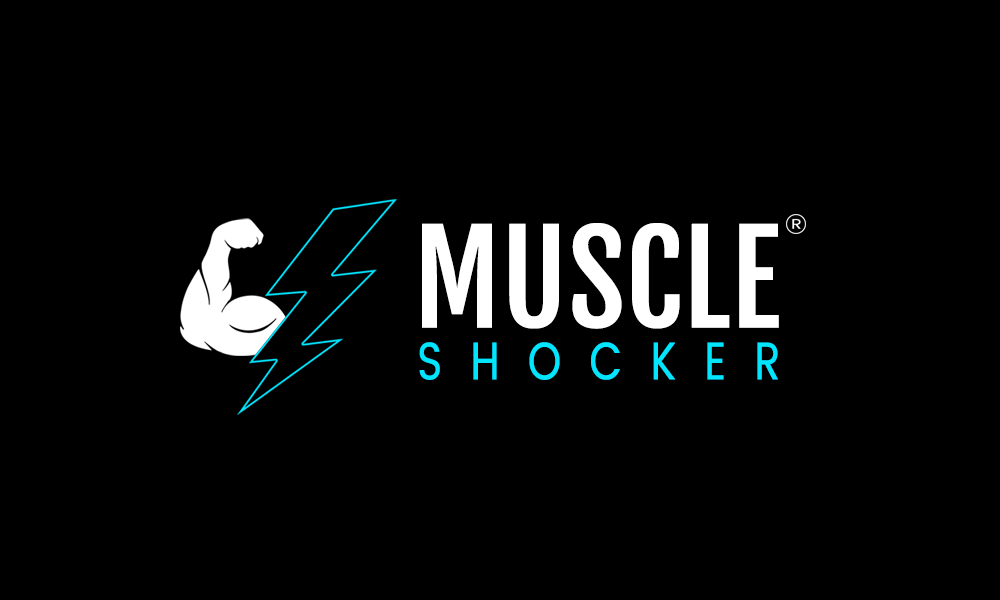 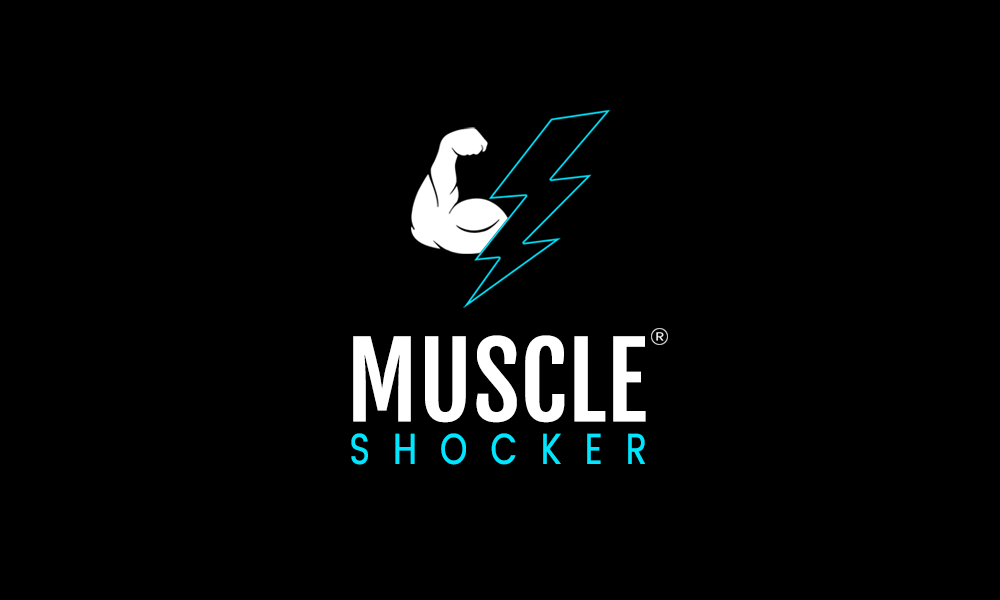 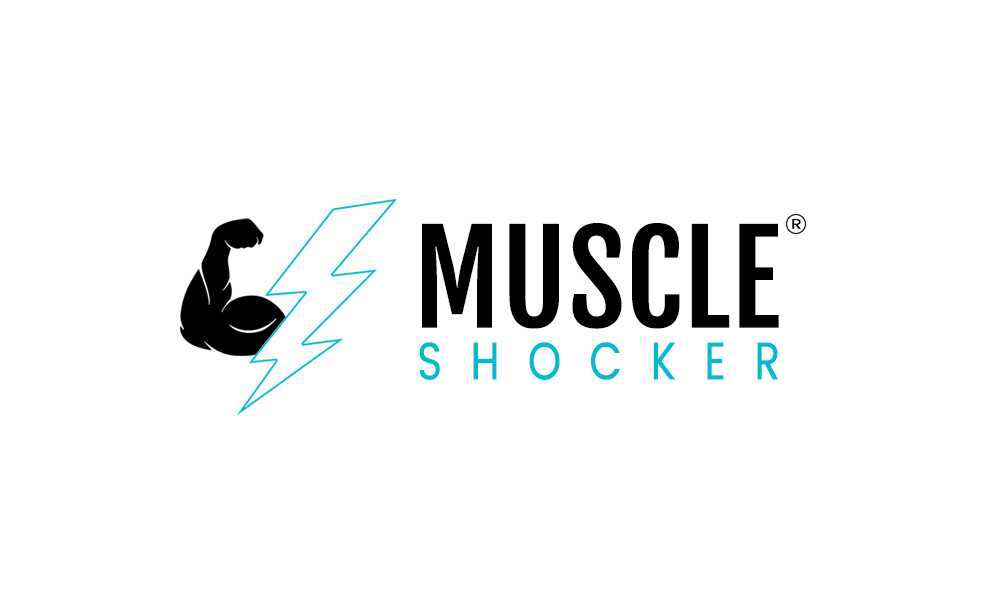 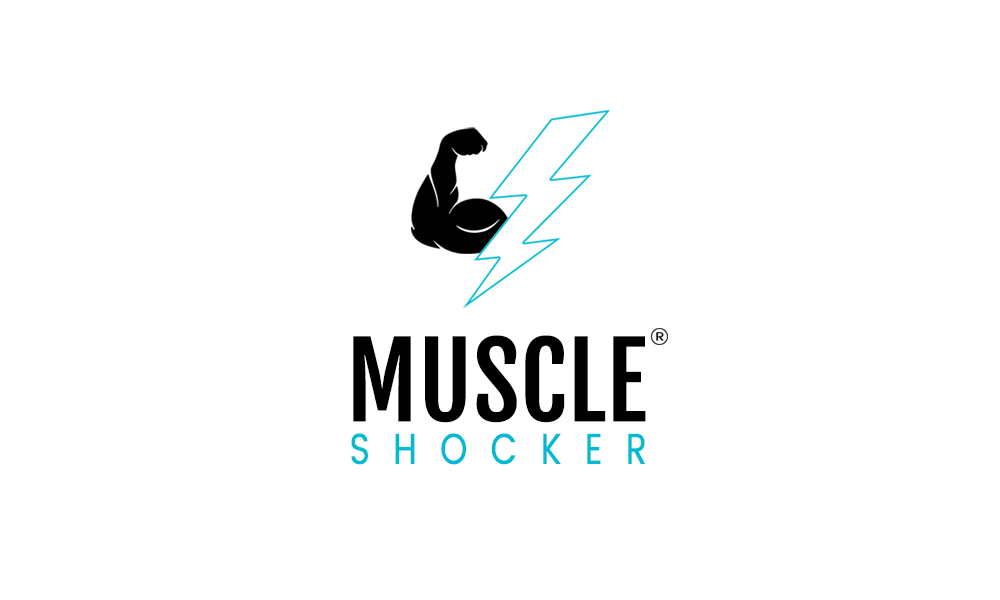 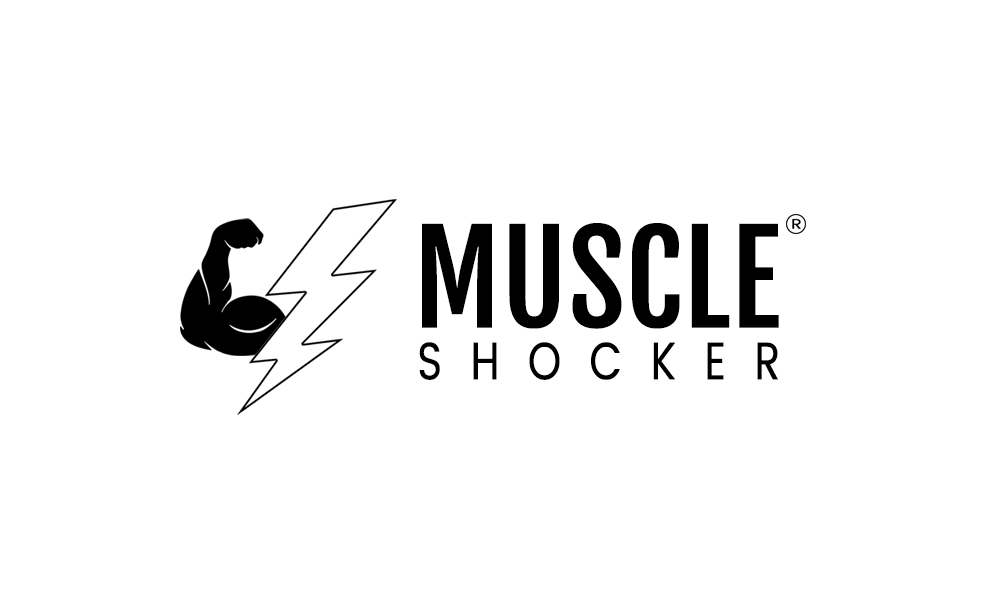 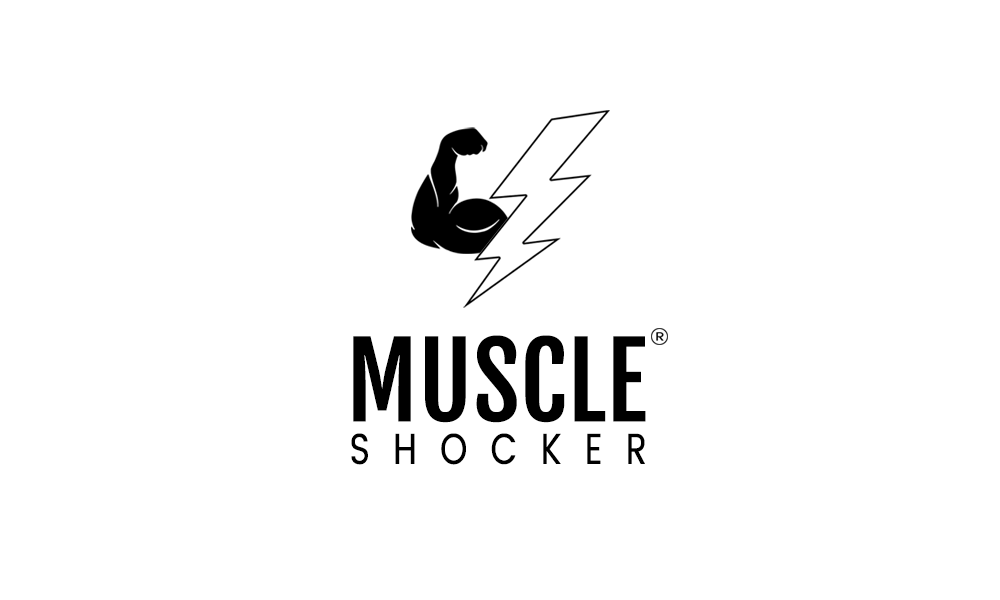 Swaps current exercise out for another, randomized.


Allows user to add a muscle group or exercise during the workout.


Muscle Shocker 1.0 targets a niche market of intermediate to advanced bodybuilders in need of breaking plateaus. Version 2.0 will begin to compete on a larger scale offering features such as advanced tracking and FitBit integration. Depending on user feedback, Muscle Shocker 1.0 may remain as a stand-alone app as we foresee the simplicity of the system becoming one of the apps strongest draws. 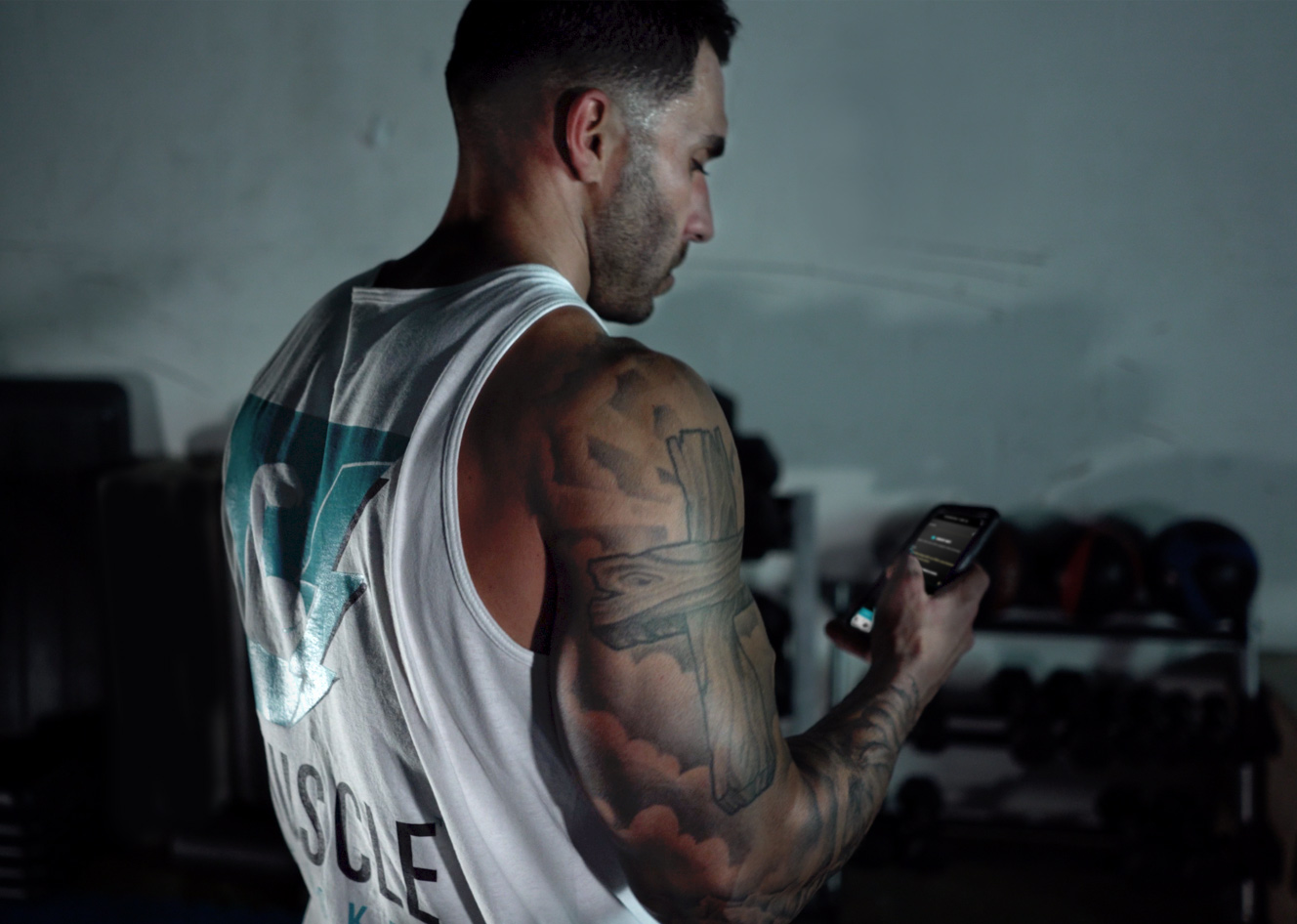 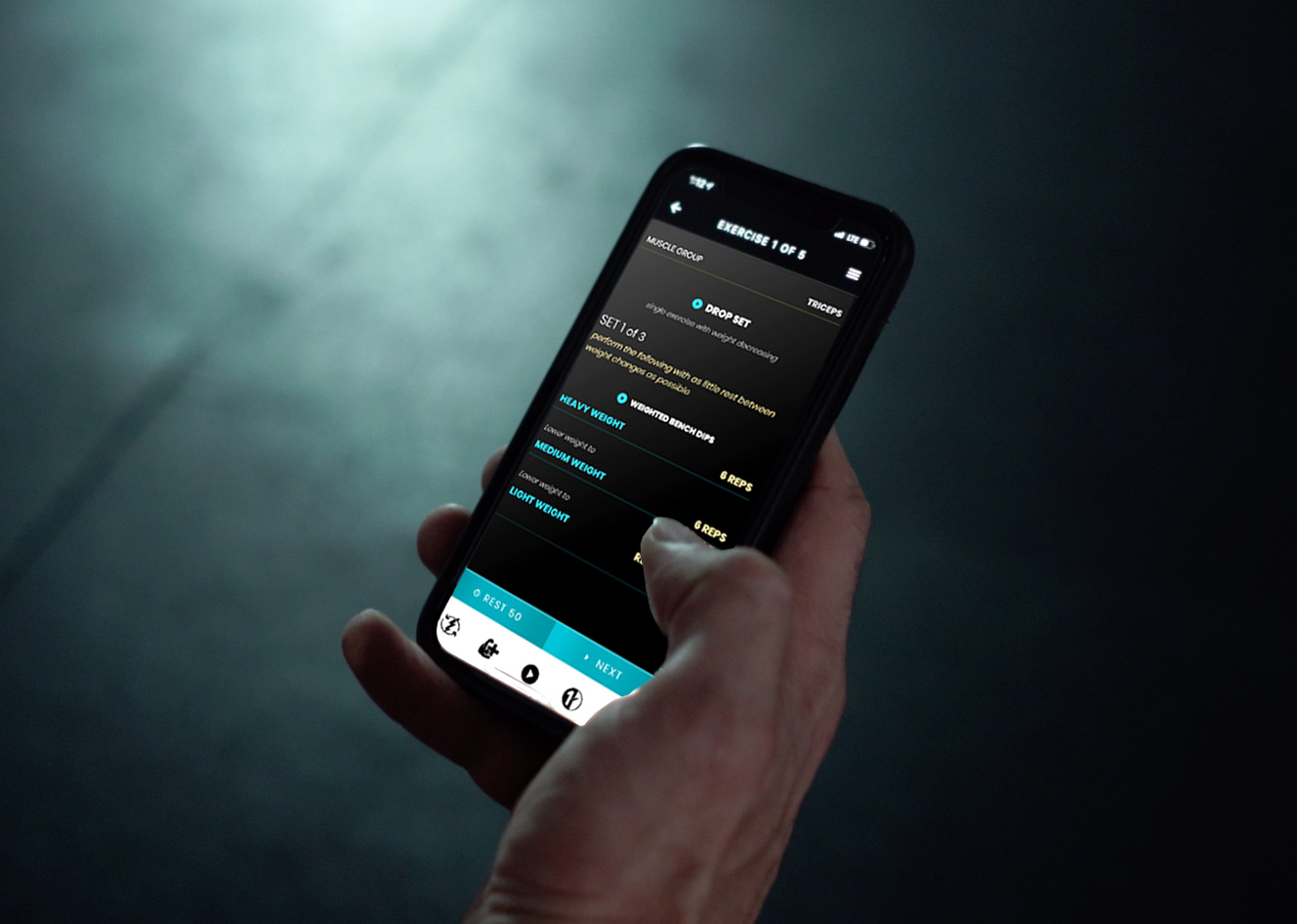 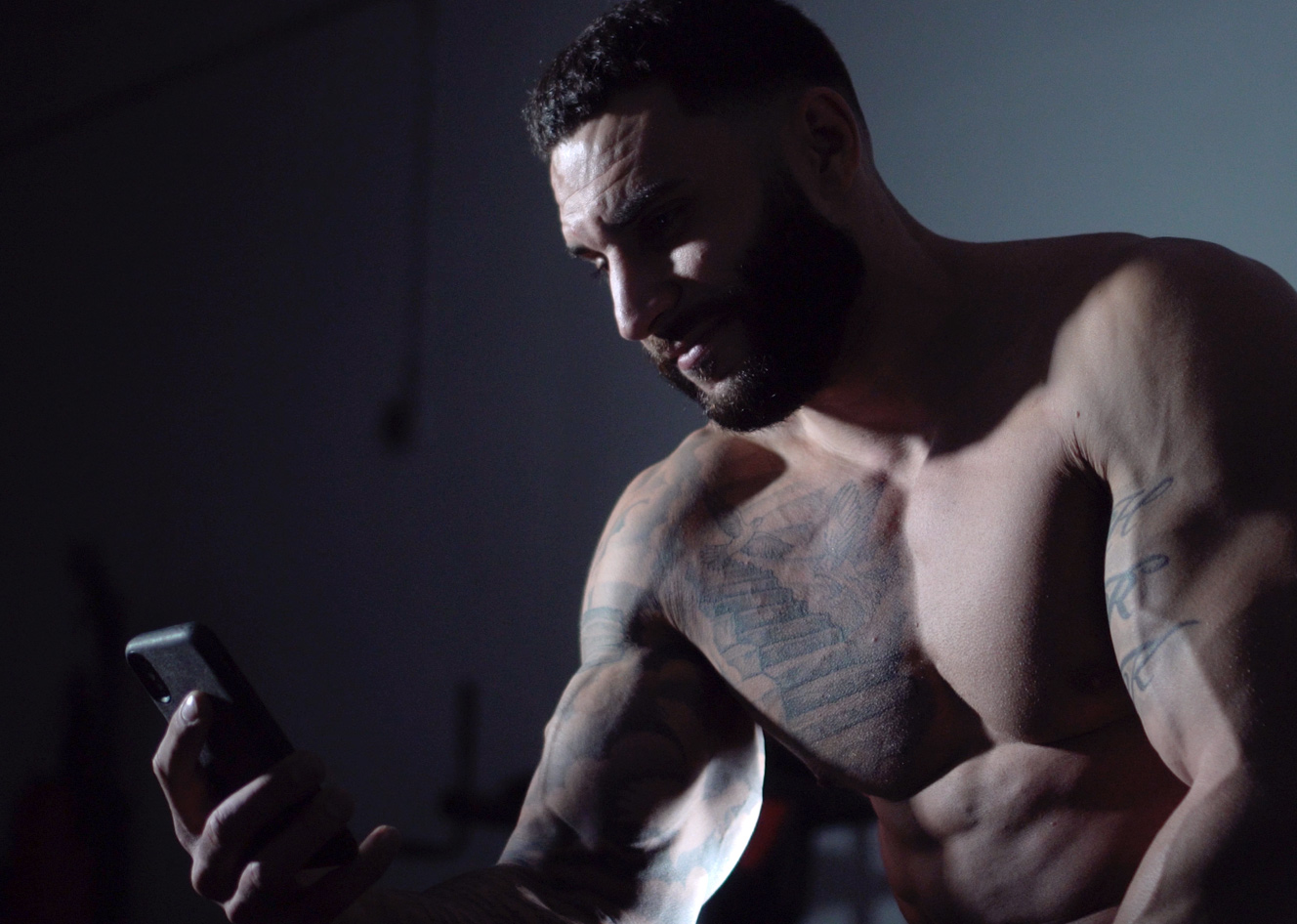 “These advanced workout techniques aren’t groundbreaking, but the system of easily and extremely quickly generating them absolutely is.”

“We didn’t develop this app for beginners, but we included sufficient instruction and demonstration videos so they’re not left out.”

“This is just a small piece of the gains puzzle. Eating right, consistency and rest should be paramount before the workout regiment.”

“Between the gap in the fitness market for this type of app, our attention to detail and branding, we are certain we’ve crafted a winner.”

“Simplicity for user experience combined with complexity of the workouts is a mix we know bodybuilders will be happy to find.”

“The concept of Shocking The Muscle is undoubtably one of the most agreed upon workout techniques among bodybuilding master minds today.”

“We opted to use Flutter instead of React Native after much deliberation and couldn’t be happier with our decision. The widget based, highly customizable and clean system the Google Dev’ team came up with is just what we needed to create the Muscle Shocker application.“ 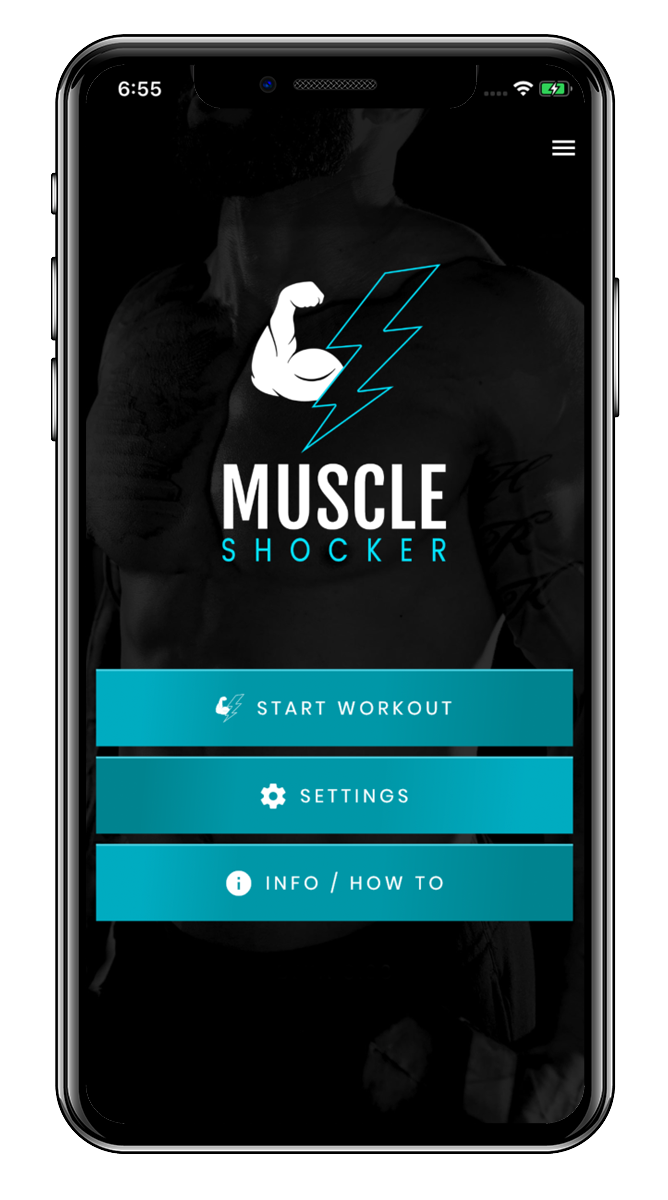 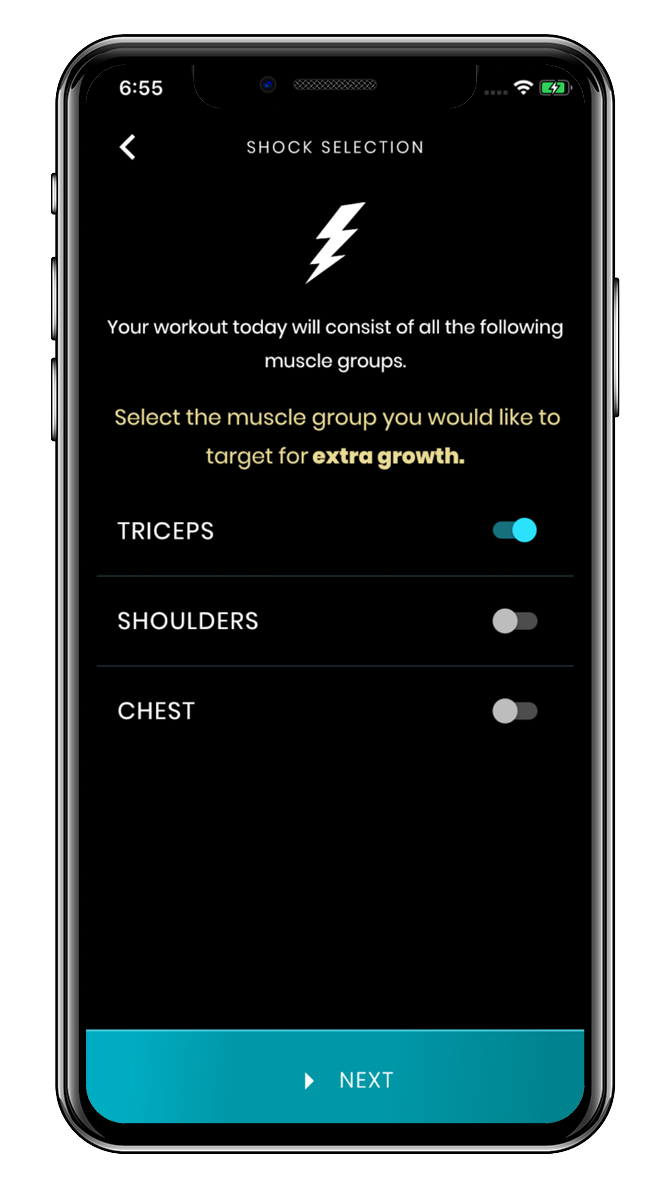 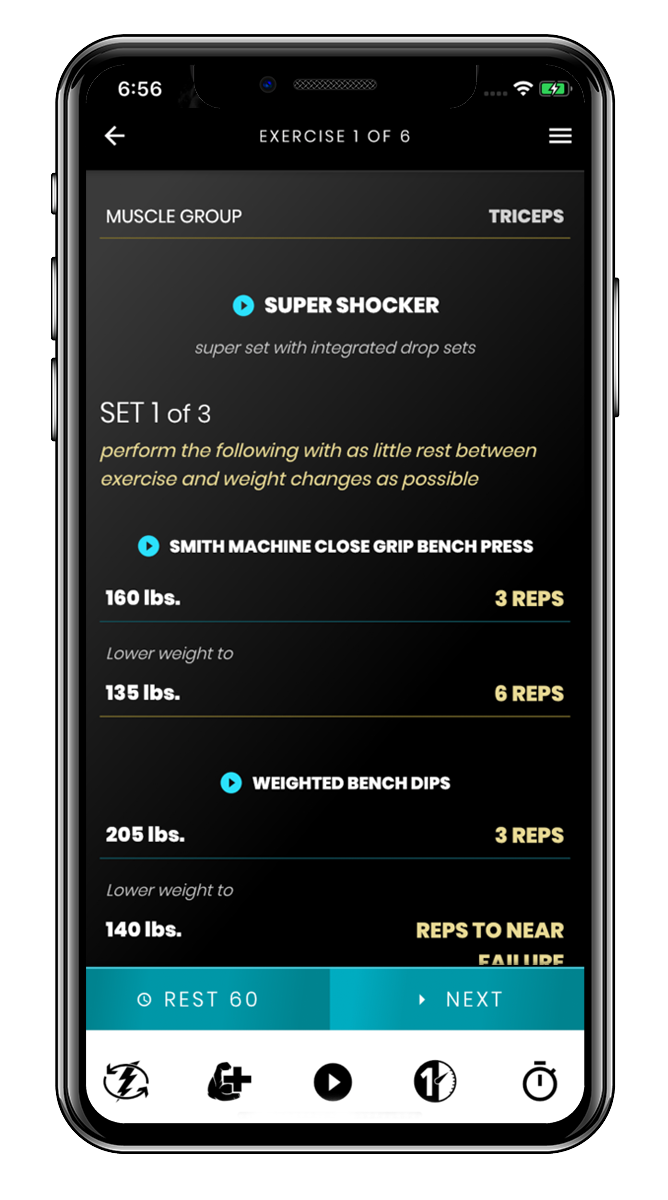 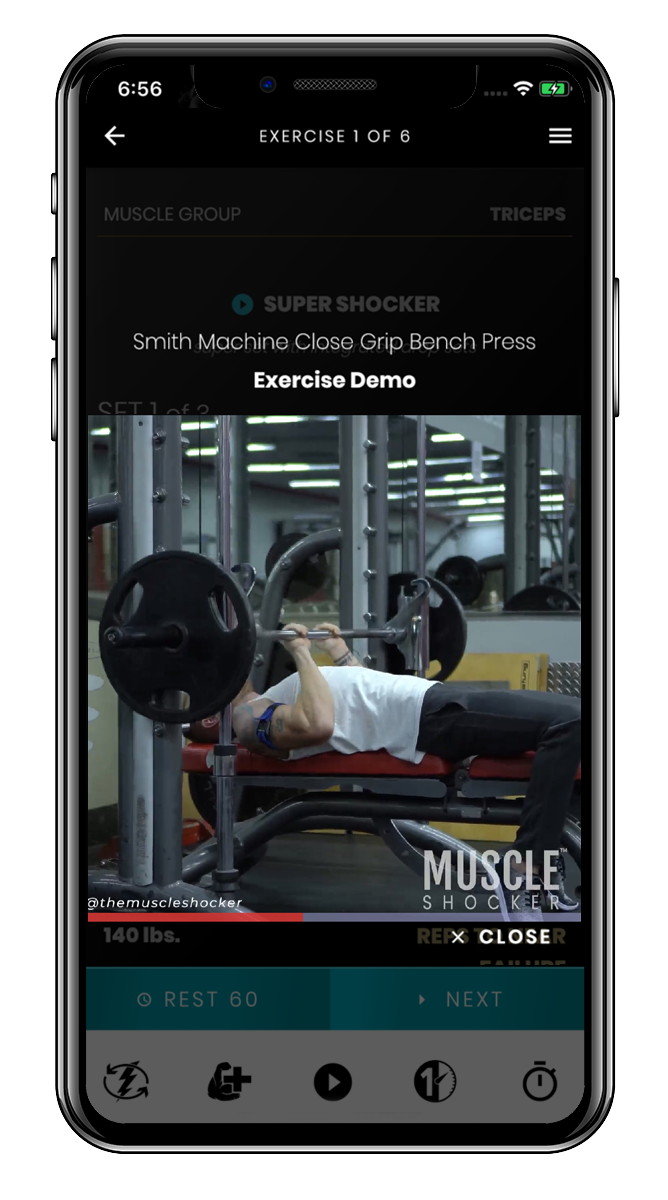 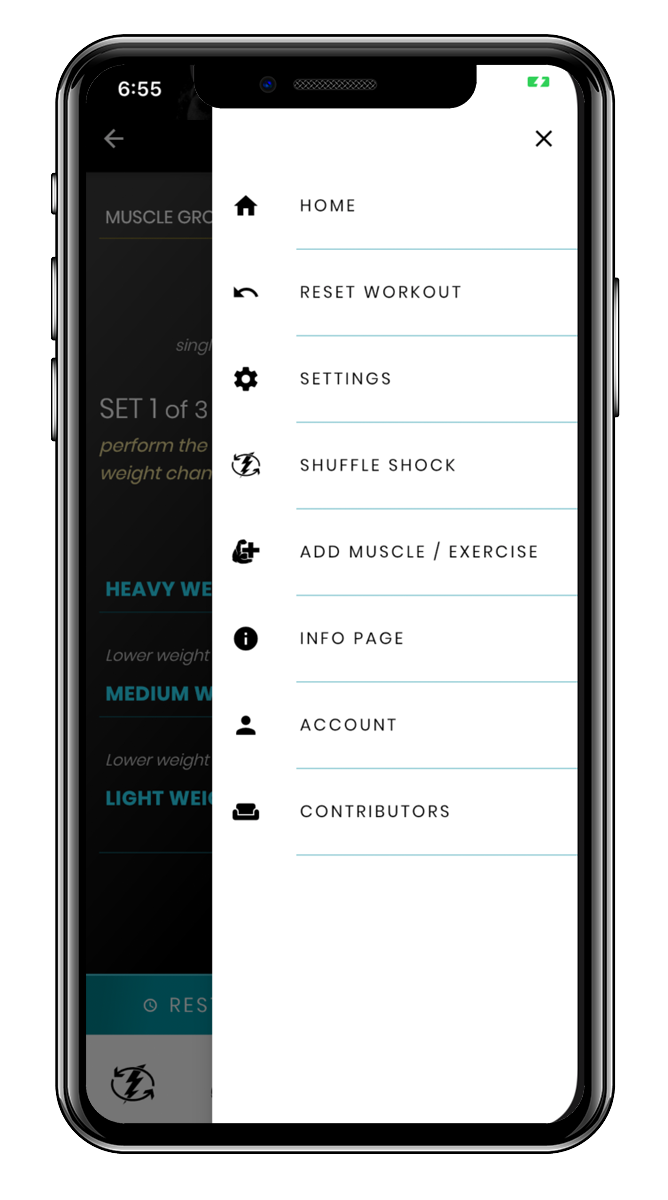 What prompted you to make the app?
Much like many other app creation stories start, the idea for Muscle Shocker came when searching for this exact functionality and not finding it available.

What was the biggest challenge when making the app?
Never having built an app before, we had to learn the ins and outs of Flutter (our chosen code-base). While I had a background in design with little development knowledge and Joe came from an advanced programming background, we spent countless hours learning everything we could about app development with Flutter and although an arduous journey, the final product is one we are extremely proud of.

Who is your target user?
When we started the flow-chart for how the app would function we initially intended the app to be used by intermediate to advanced level bodybuilders, without much instruction or demonstration. The training methods the app generates are geared toward breaking plateaus which are more common at these levels of bodybuilding. However, upon further research we realized that even beginner level lifters can also utilize these training principals. Hence, we shot over 200 demonstration videos and although our preferred user is one who’s been lifting for at least a year, our target user is anyone whom is striving to achieve a better physique through bodybuilding.

You wrote an open letter to Arnold Schwarzenegger and it seems you really did build an app, and brand it based on techniques he for-fathered. Are you concerned about legal ramifications?
Of course, however I wouldn’t say we are overly concerned about it and here’s why; the principal of “shocking the muscle” was around before Arnold with lifters such as Sandow from the late 1800s emphasizing the importance of non-repetitive lifting. Schwarzenegger certainly may have coined the phrase “You’ve got to shock the muscle”, however, we think it would be a stretch to claim he has intellectual copyright (as no official copyright or trademark is public) on the term “Muscle Shocker”. The real element of our confidence lays with our knowledge of Arnold, the man. He is a good man. We don’t believe we stole anything from him and highly doubt he does either, so even if there may be some type of claim, legally speaking, we don’t foresee him trying to topple a couple of guys who worked hard for two years on a shoe-string budget to make an app that could benefit the bodybuilding world.

Do you have any big investors?
No, but we’d be interested in speaking with Mr. Schwarzenegger if he’s a fan of the app.

Any other mentionables?
Not only did the two of us create the Muscle Shocker app from start to finish, we also did all of the marketing (web design, writing, promo/demo videos, graphic design) ourselves. The only dollars spent have been on equipment, software and actors/models.

From Madeira Beach, Florida Joe has been a developer for for over 25 years and writes fluently in languages including C++, Python, PHP, Java, JavaScript and many more. Caretaker of two Yorkie pups, avid traveler and caring son, Joe takes great pride in his work and taking care of his family and four legged friends.

This Miami born surfer has been working in design and digital advertising for two decades. From video production to web design, Clayton’s eye for design and creativity was a perfect match to Joe’s technical skillset.